Another successful meeting at Deerdale Off Road for the second day of the EMAS Summer Sizzler.

28 drivers attended the days racing. The day started off with a single round of timed practice. Followed by 3 rounds of qualifying with the best two to count. In the normal Deerdale fashion. The computer was set up and running in automatic mode. There were 3 heats a round. 6 minutes between each race and 10 minutes between each round. Running at a nice steady pace.

Each heat lasted for 7 minutes with a 2 minute warm up. The drivers were finding the track tricky and very fast spaced due to the track being very dry and grippy. The track was in great shape with massive thanks to David Cantrell, Kieth Bellamy, Finley Cook and finially Finley Jepson for all of their hard work!

After the 3 rounds of qualifying in Buggy we saw

After we had finished qualifying we had a special race to run. This was the Last Man Standing. This race contained 16 drivers which raced for 8 minutes. No marshalling for anyone. so if you crashed, You were done! The only marshalling there were was to pick your car up off the track. The drivers that entered were randomly placed in a grid order. so there were no advantage. What a giggle it was too. The drivers had a blast! But in the end we saw Tekno driver Lewis Marshall take the win in this race with the £40 prize fund. Second place was taken by Lee Maggs who won £25. Finially Freddie Thompson took third place and won £15. 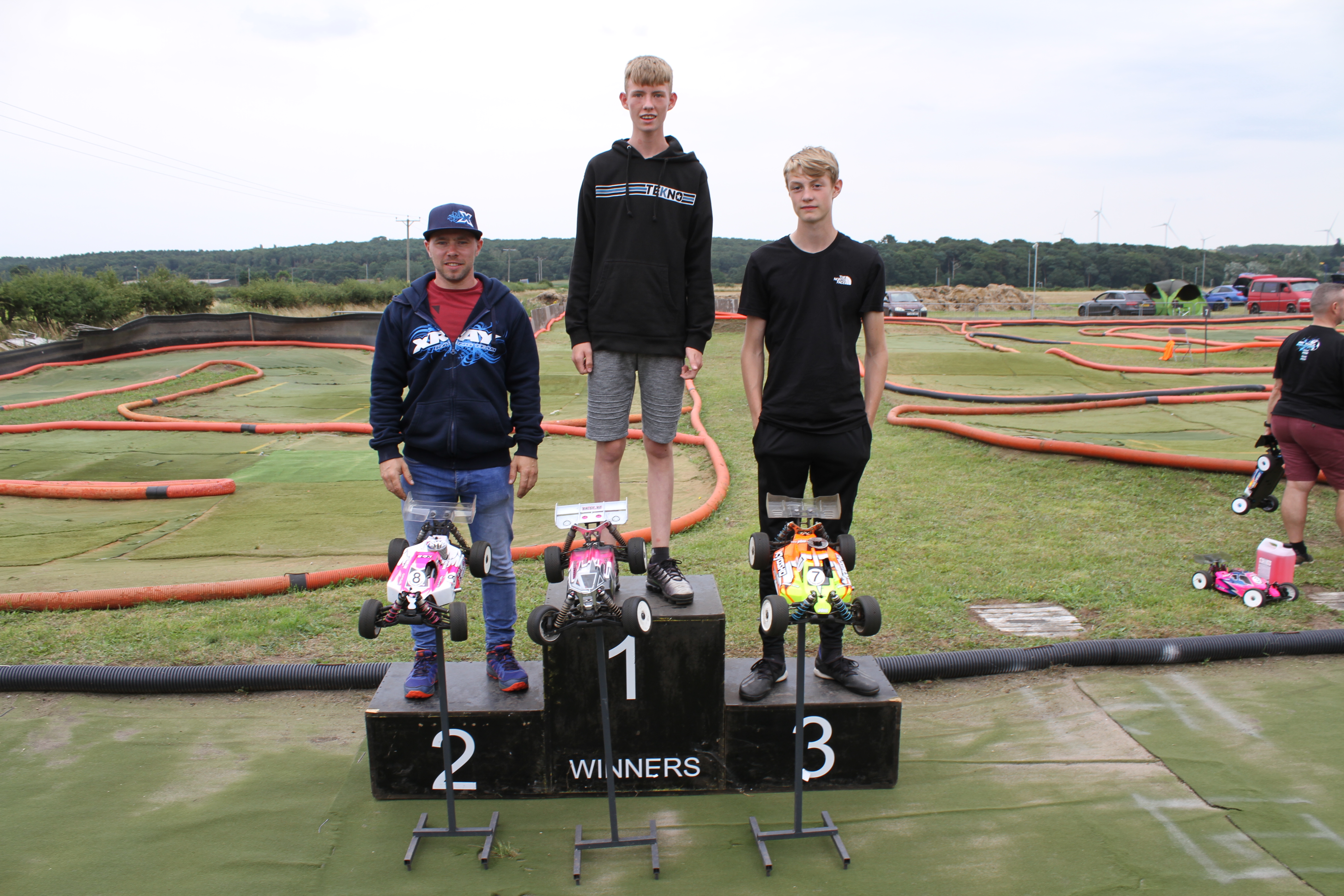 After this race was finished we had roughly a 25 minute break for lunch. Then we started on the 3 finals. Starting with the Buggy B Final. This race ran for 15 minutes and the top 3 bumping up. The driving in this race were a little scrappy to start with. After 15 minutes we saw Will Sharman, Second place was taken by Craig Russell. Third place was taken by Aaron Smith. 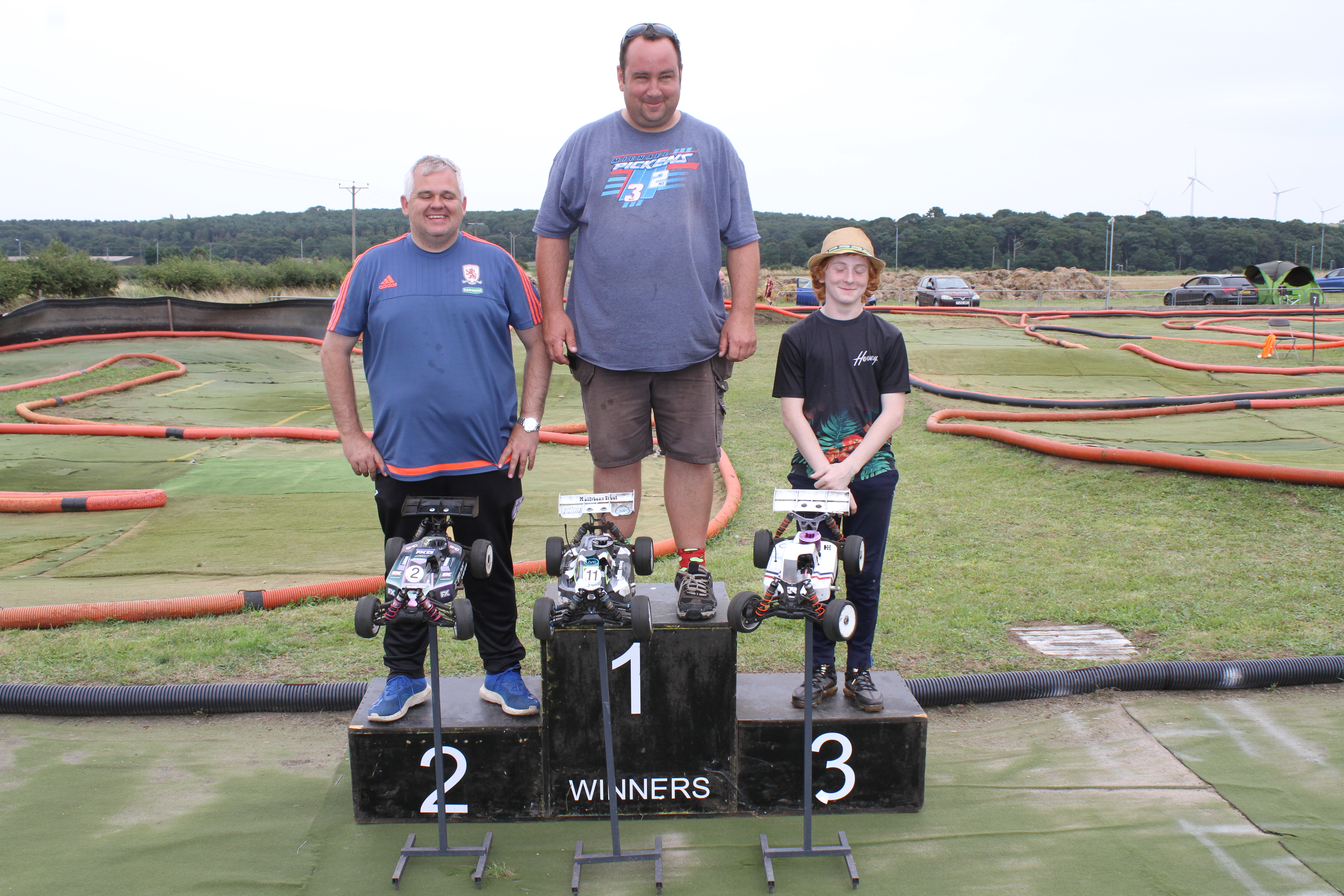 After this race we went straight into the 15 minute Electric Buggy Final. This final contained a whopping 6 drivers. This race was nice and quiet with some very close racing between the top drivers. However after 15 minutes we saw Lewis Marshall take the win with Shaun Thompson in second place. Paul Fyfe who is part of the furniture at Deerdale came in third place. 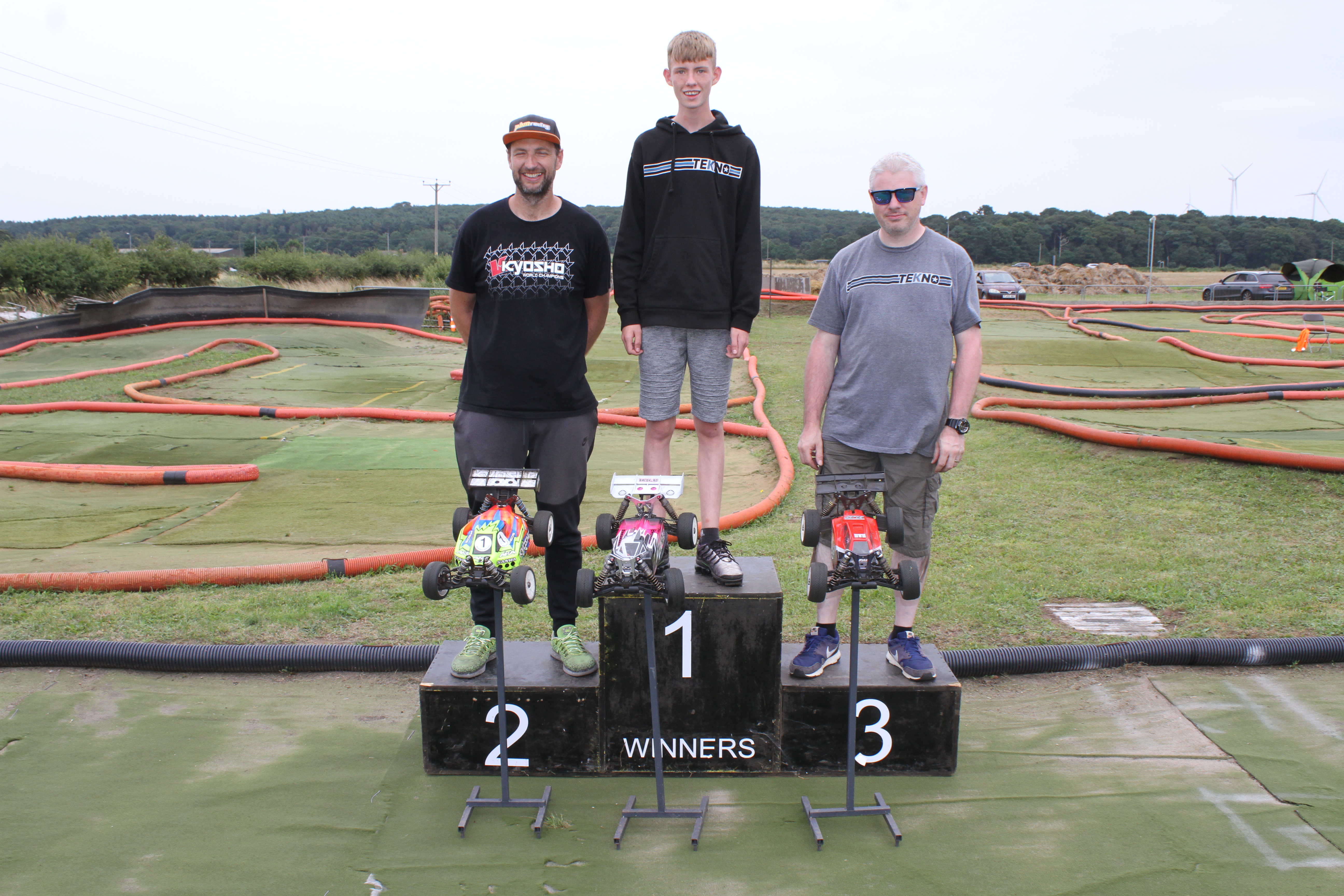 Up next was the final race of the day, being the Nitro Buggy A Final. This race also ran for 15 minutes and contained 13 cars. This race was very good to watch. Plenty of action going on throughout the race with some close battles all over the field. After 15 minutes we saw Kieran Cox take the win followed by Adam Hall in second place and finially Dave Bailey came in third place after a disasterous start. 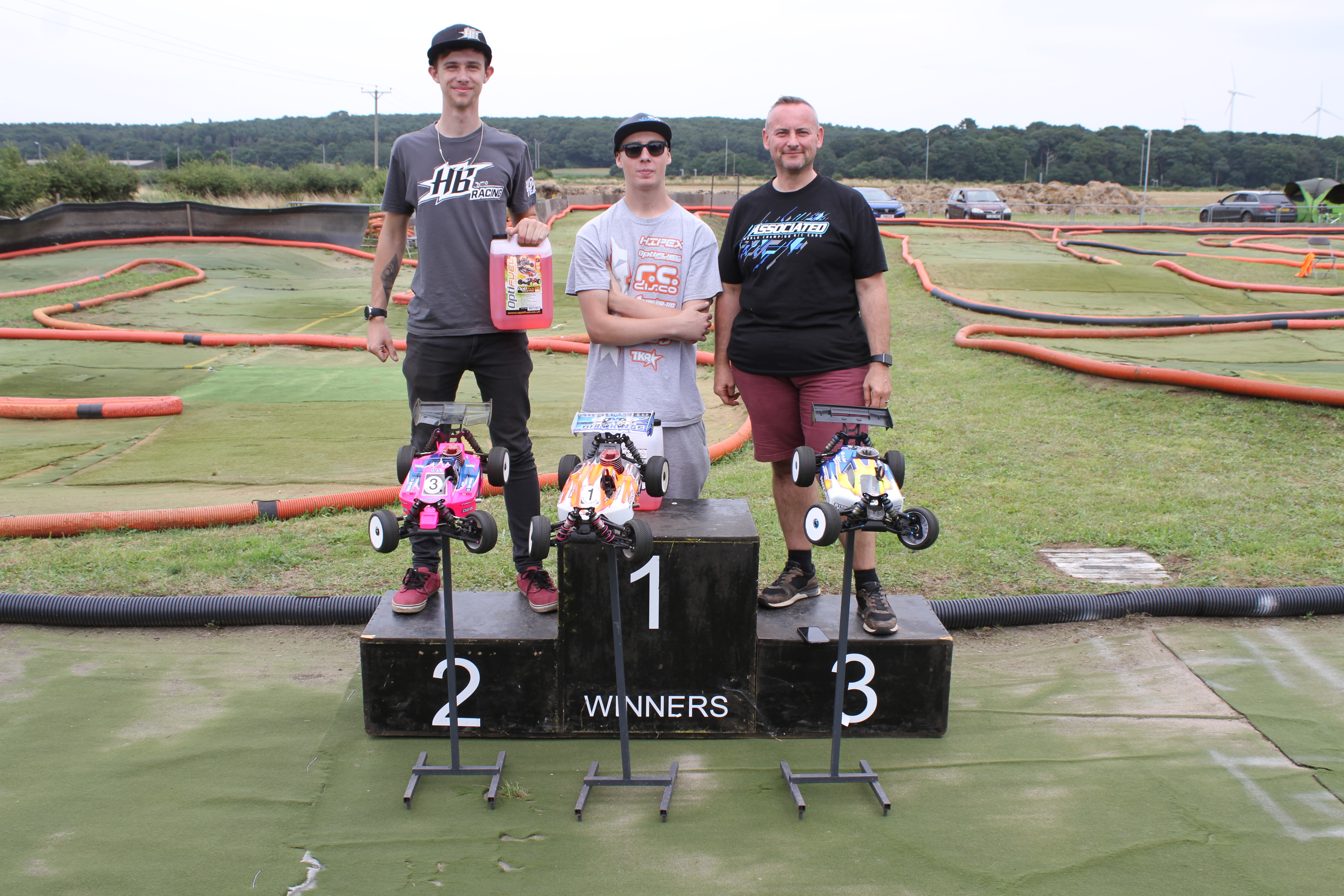 I would like to thank all drivers for attending the meeting. Massive thanks to Ivor Brocklehurst for collecting Gotic Bites so he could cater for us throughout the day. We couldn't have done it without you. Big thanks goes out to the 4 people who helped marshal the A Finall Buggy after being short.

See you all again soon!!

We have 91 guests and 5 members online