Well like i said in the introduction, This was the first time that Deerdale Off Road had hosted a round of the Short Course National Series. The weekend started on the Satruday morning, Which many drivers took the track for open practice and how entertaining it was. The track was a lot bigger than what the drivers are used to. So there were a lot of set up changes and testing going on. After a couple of hours we started to see the drivers getting a good handle on the cars set up and the track. The track was run on all day even though the on and off rain and it was finially closed at half 8 in the evening. 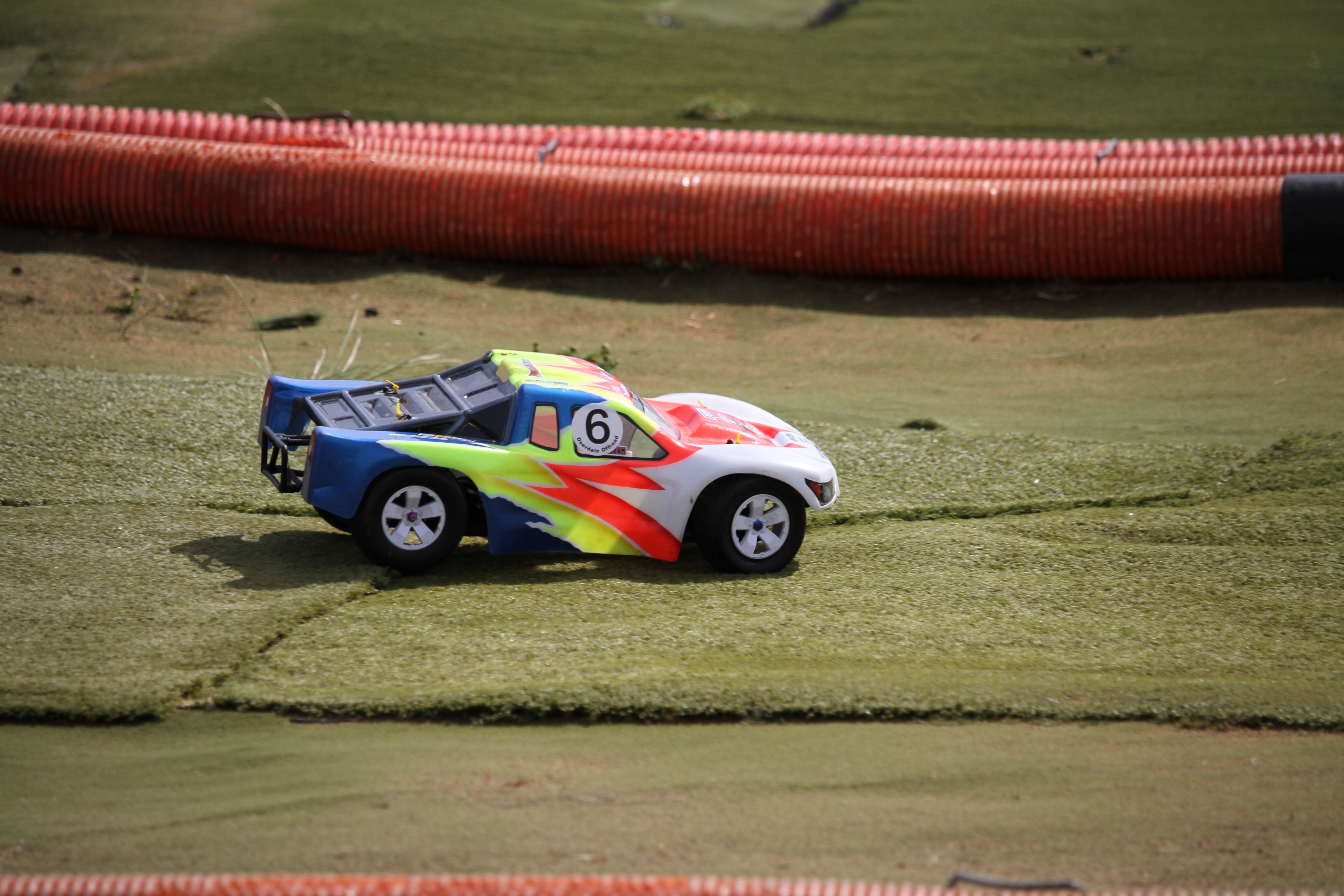 The track opened for practice at 8am for 45 minutes while the booking in process was underway. After booking in closed the track closed too, Drivers briefing was at 9:15am and racing started at just after half 9. With help of the computer and the scoreboard the meeting was set up and ran in automatic mode. Each driver did a single lap before they lined themselves up before the start line waiting for the computer to call them to start. We had 4 heats a round with 4 rounds of qualifying. Each run was 5 minutes, and because im nice we had a 15 minute break between each round. 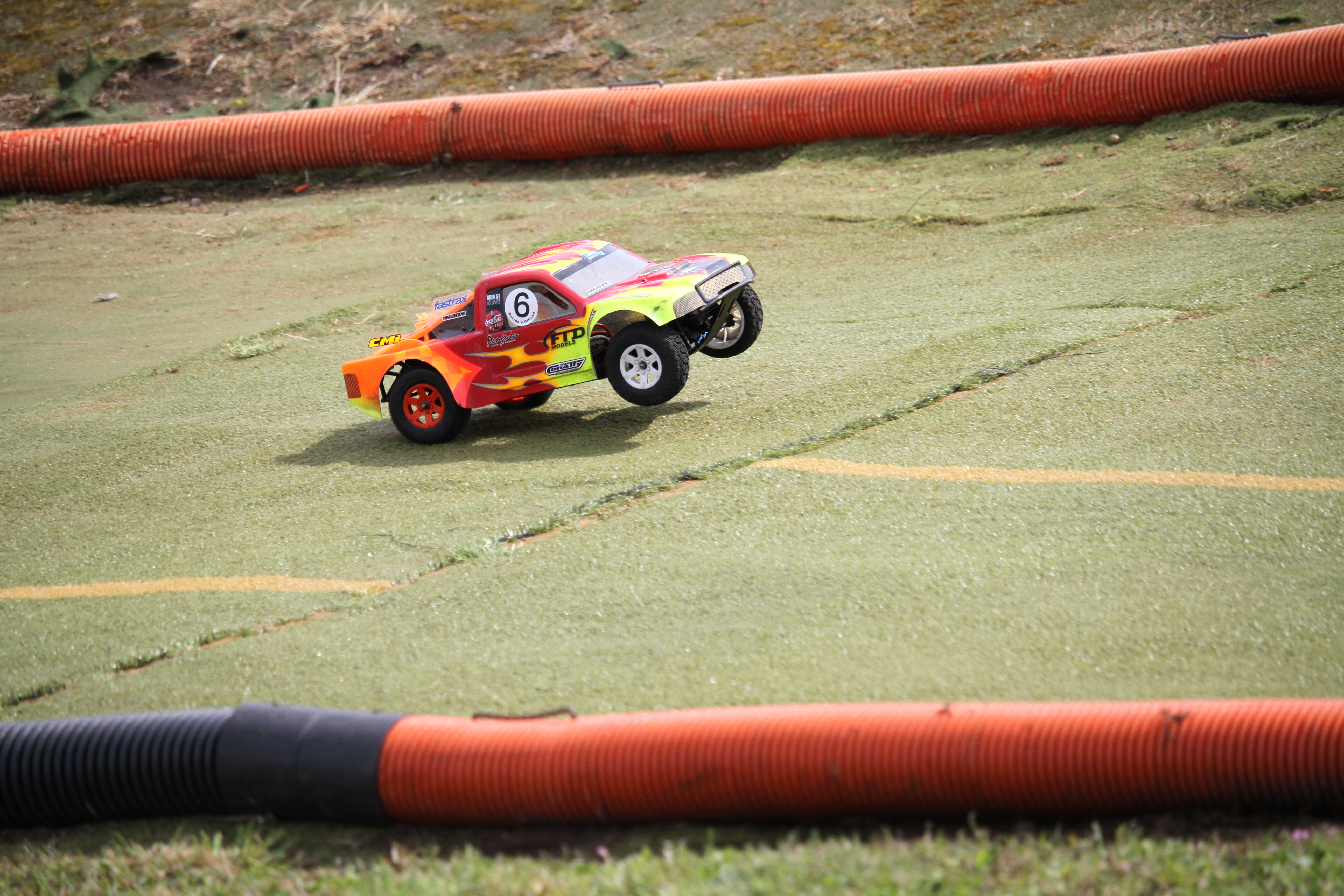 Qualifying was interesting to watch because of very different conditions on the track compared to the saturday, The track on Saturday was wet and slippy due to the on and off rain. How ever Sunday was bone dry and the grip level was high. So this made things interesting to say the least. Qualifying finished just before 2pm and as just the final race finished we had a very light shower pass us over which wasn't a problem. The finals started around 2:15pm with the 4 leg 1 races. Two finals for two wheel drive and two finals for four wheel drive. The finals also ran in automatic mode same as the heats which again made all the drivers aware to what was going on and made everything relaxed. We raced 3 legs for all finals so simple the final order was repeated 3 times. In the end we saw 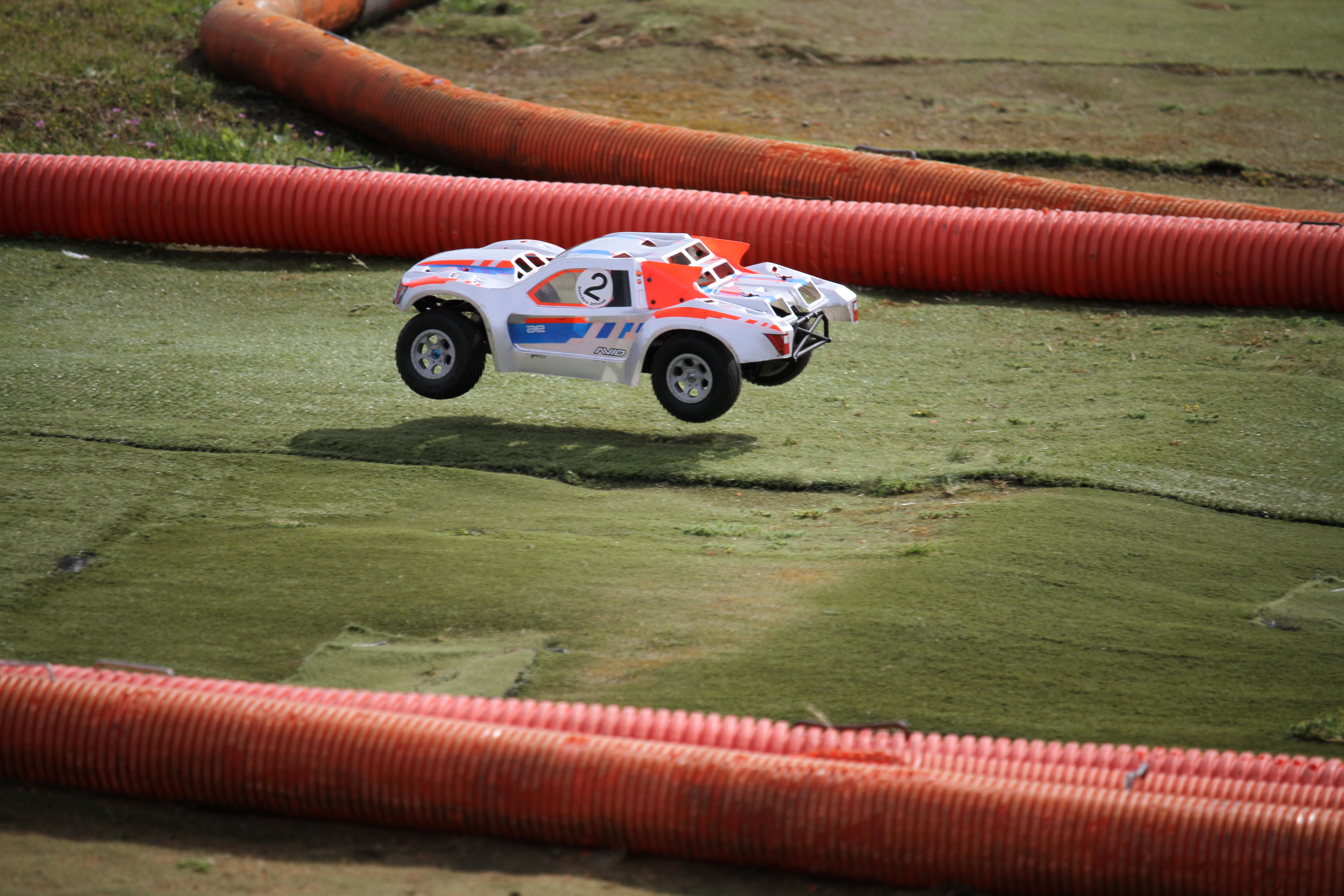 (Above - The new hover car)

David Ingram take the overall win with his two wheel drive truck in the B Final, Second place was taken by Duncan Nattress and Phil Salt took third place. Jonathan Murphy took the win in the A Final two wheel drive with Will Shakesheff coming in second place. Stuart Carling came in third place overall, 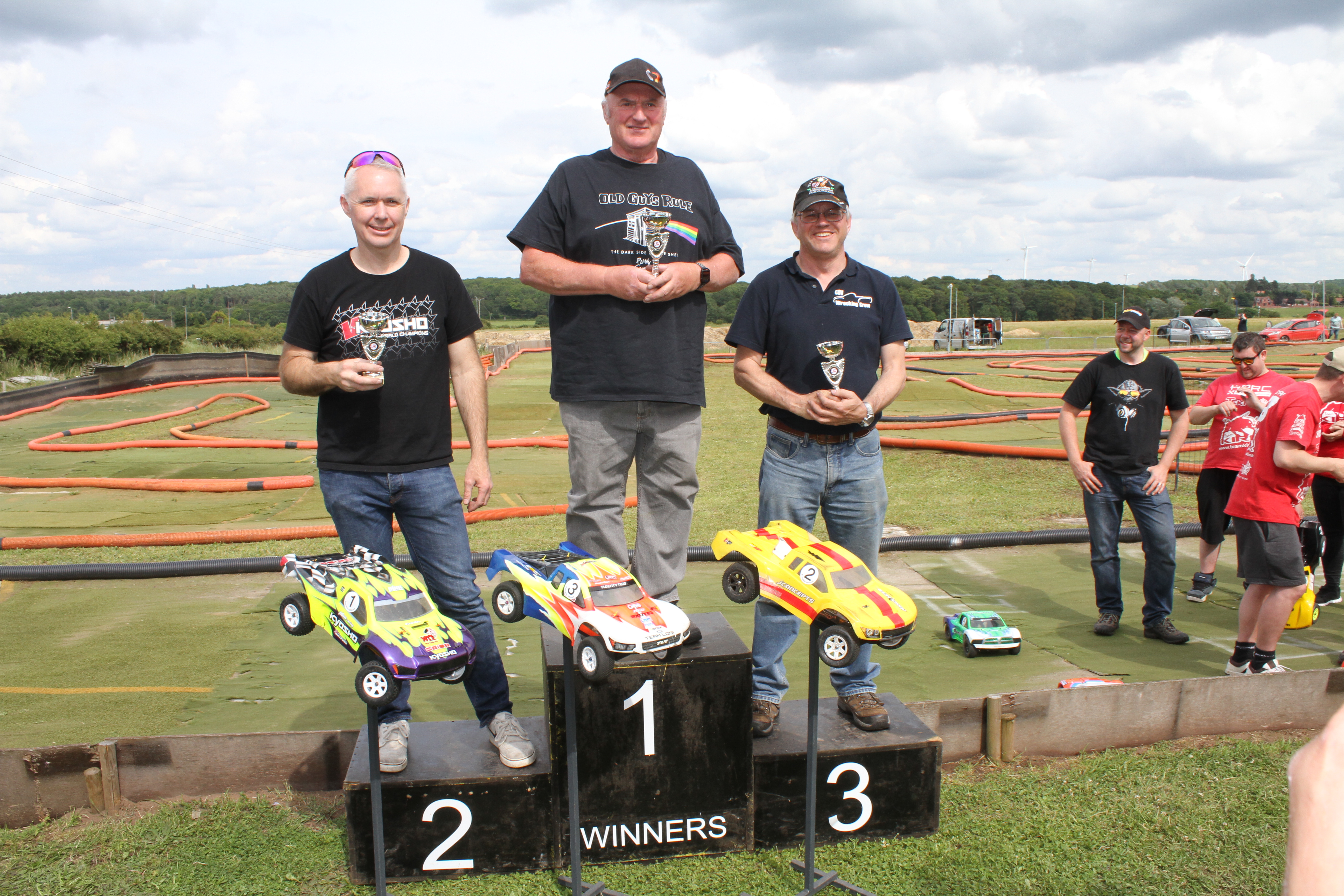 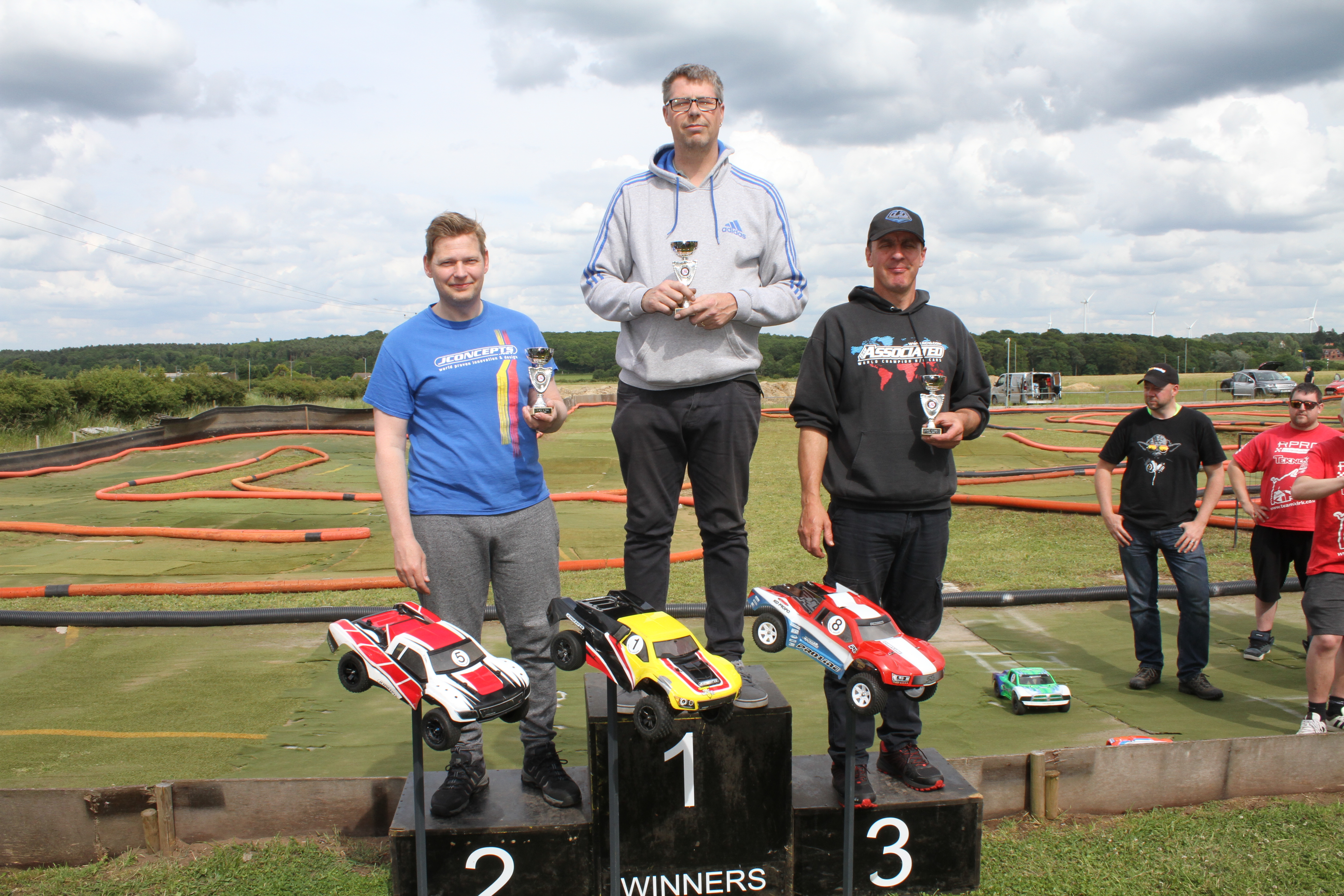 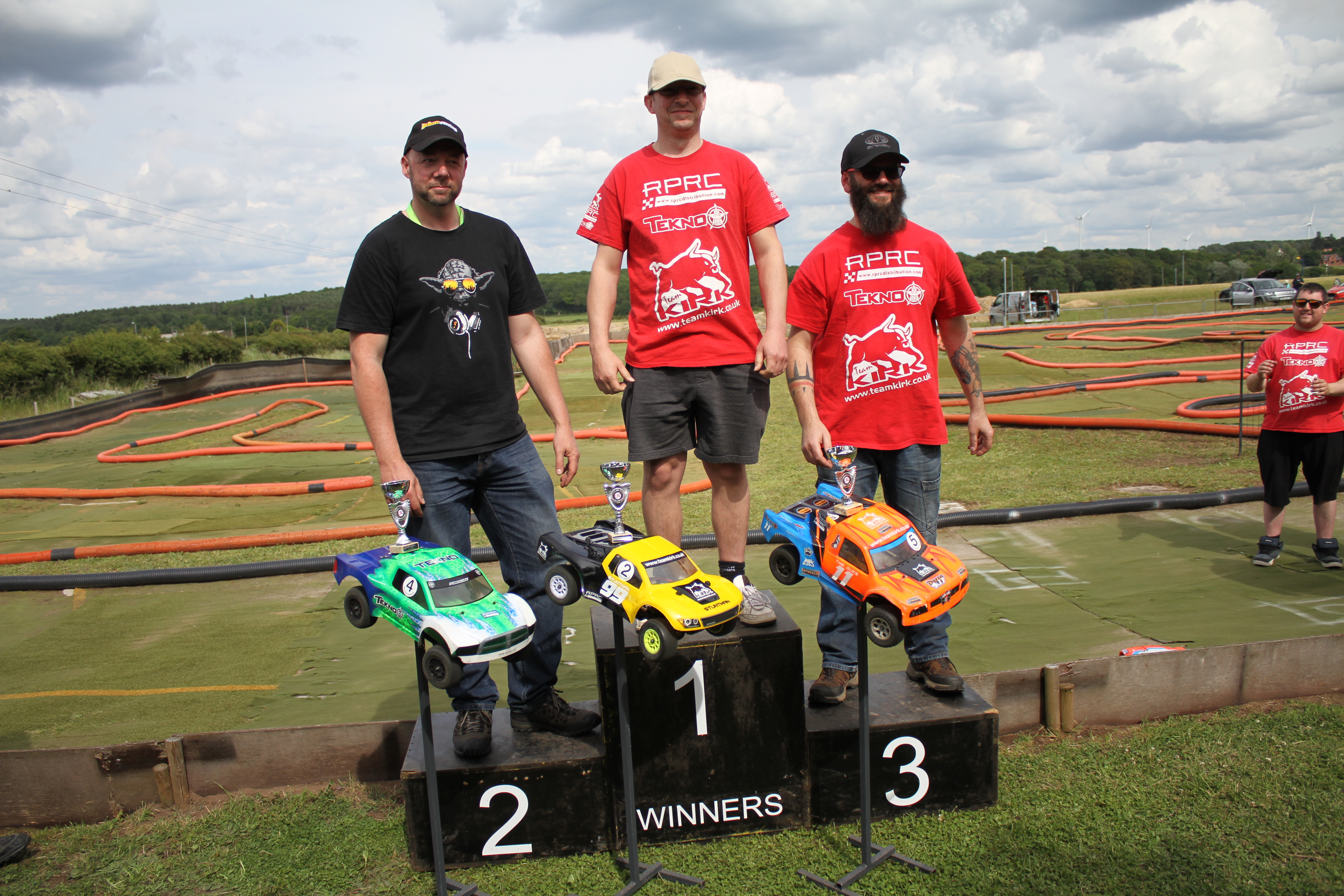 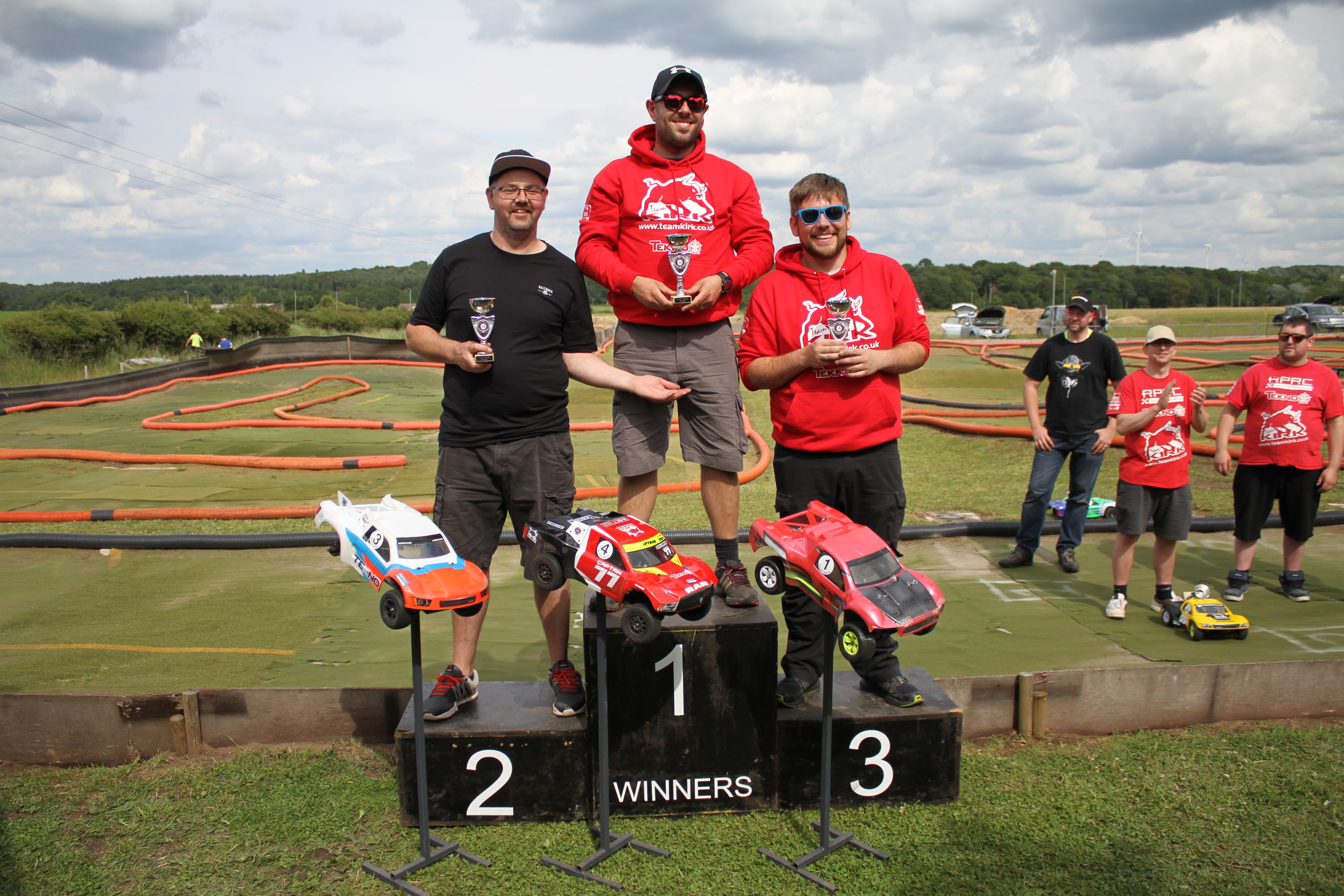 I would like to say thank you to all drivers who made the trip to see us at Deerdale. Thank you to the drivers that i picked on to double marshal for a couple of the finals. It was really appreciated. Massive thanks to the Short Course team for choosing to come to to us at Deerdale. I hope everything was up to you liking. Massive thanks to William with Gothic Bites for coming to us to cater the event for us. Highly recommended, Catch him on facebook Here

I hope we see you all again. But until then

All the best and keep enjoying your racing!

We have 88 guests and 5 members online